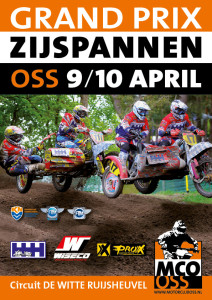 Qualification is divided into two separate races, A and B race, and from both races 12 fastest will get into final races, plus 6 fastest from the last chance race.

A-race were ruled by 2014 world champion Ben Adriaenssen/Lauris Daiders. Second place were taken by strong british pair Stuart Brown/Josh Chamberlain. Sixt place went to reigning world champion Etienne Bax/Robbie Bax. Robbie become on this season older brother passenger. Start of the season has been very tough, even before start of the new year team announced to change their 2 stroke Zabel engine to 4 stroke Yamaha. There have been many technical issuses and problems.